Questions of confusion: From my Bi-racial Children

To one side: I’m sorry if what I have to say makes you feel like I’m trying to silence you, I’m not, that’s not my intention. To the other side: and I’m sorry if you feel like I’m trying to admonish you, that also is not my intention. I’m just speaking as a mother whose children are in the middle. Giving our side of the story…there’s always three sides to the story, right? We stand in a tough place, almost feeling like we’re not supposed to have any opinion at all.

What do I say when my children, who are part African-American, are afraid to say the words “brown skin” because they don’t want to be labeled racist? The pain that shoots through my heart, even now to remember when my son whispered those words, because he felt he was saying something bad, and shouldn’t say it too loud. “Brown skin”, that’s the extent of what they would consider racist, because they don’t know or understand the hate. They’ve never been taught. I’m sure nobody ever pushed them away with their words, telling them “you don’t belong here”, but there it is. Somehow, someway, those thoughts got inside them. Now, we have to deal with it. Where do they learn this? Who’s undoing all the good their father and I taught them? Why do they have to choose a side? They are not left, they are not right, they’re in the middle. Their history is something they do know, they are educated in the advances that had to happen to enable dad and mom to fall in love and live a happy life.

Where do they stand, who can they relate to? How can I comfort them when they’re made to feel they are not brown enough to understand the struggle and not white enough to be fully naïve to the struggle?

Where do they go when our country forces them to choose a side? Why are we here? Wrong is wrong! Killings on the left, killings on the right, killing all around and somehow we are trying to justify, categorize, and label it. It’s just wrong-why do we have to divide? This all feels like we’re being led by the media. The media hyping up, starting fights, inciting anger, telling us why we should be mad. We should be mad for a lot of reasons. We should educate ourselves and find out full truths before we are led by half-truths that the media contorts for ratings. Why are we not talking about injustice is from every corner? Why are we not talking about religious violence, homelessness, abandoned children, lack of resources, or genetically engineered food that’s slowly and knowingly killing us? I know there are big issues that still need to be tackled, but why are we letting ourselves become pitted against one another? There’s something bigger happening here. It’s not just racial injustice. We are becoming divided; our children are watching this happen. They’re watching us pick a side, and breaking down the bridge that took so long to build between us. These children are supposed to be our legacy; our children are supposed to be the fruits of the work we all put in. Instead it feels like we’re starting over, allowing them to see what we’ve been trying to eliminate from their views. They can’t un-see all this, folks. It’s done, it’s been inserted, and they now have to deal with this. Another generation.

I know, I’m not naïve. This time is especially tough for African Americans, there’s still silent hate, a general feeling of oppression, and many other things that I can’t even begin to comment on. I say extra prayers for my husband in the morning. I pray that he doesn’t forget to put his seatbelt on, that a light isn’t broke on the car, the he doesn’t try to push through a yellow light. I worry too. We avoid certain parts of both the inner-city and the suburbs.

I understand there’s still a lot of work to be done, but please let’s not have to start from the very beginning. 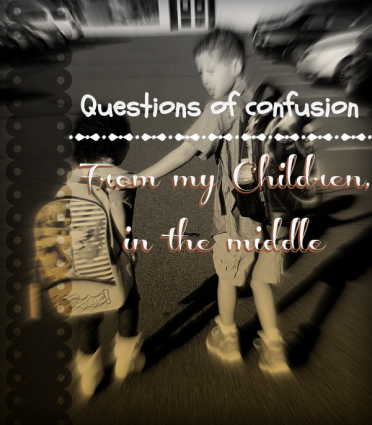 Tips on hosting a crafty Harvest Party on a budget